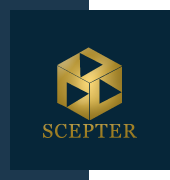 The sprawling estate and final home of Pablo Picasso in Mougins, France was sold for an undisclosed sum to Brunei financier Rayo Withanage. The Mayor of Mougins confirmed in an official press release the sale as reported by The Wall Street Journal.

A resident of Bermuda and London, Mr. Withanage is the founder and chairman of Scepter Partners, a direct investment and merchant bank for sovereign investors. He is also a founder of The BMB Group alongside HH Prince Abdul Ali Yil Kabier of the Brunei Royal Family.

The high profile estate L’Antre du Minotaure (the Den of The Minotaur) is widely regarded as one of the finest properties in the south of France.

The property, which was recently lavishly refurbished under the direction of acclaimed architect Axel Vervoordt, covers over three hectares, with olive groves that are over 500 years old. The estate is the largest property of its kind in the area.

Picasso kept one of his most prolific studios in the main house, while living there with his wife Jacqueline and her daughter Cathérine. The house and the gardens were designed personally by Picasso and retain original art and furniture. Upon his death the property housed over $1 billion in art.

Prior to Picasso, the house was owned by the Guinness family and was famed for being a regular summer holiday home for Winston Churchill, who painted a number of works on the property. The origins of the house date back to an Abbey over a thousand years old and is presently adjacent to Notre-Dame-De-Vie which is one of the oldest churches in the region. The gardens are nationally acclaimed in France with some of the largest wisteria trees in Europe and a species of rose cultivated by Picasso himself that only grows on the property.

Under the new ownership, the property will be commissioned for charitable purposes by local foundations and the promotion of the arts through events from which proceeds shall be donated to causes supporting sustainable development initiatives headquartered in Monaco.

The property was most recently owned by Dutch real estate entrepreneur Tom Moeskops and BMB Alliance. The sale was part of a restructuring of the BMB Group which spun out its assets to form Scepter Partners, and was signed at the end of last year.

Rayo Withanage is the Founder & Executive Chairman of Scepter Partners. Trained as an M&A Lawyer with a masters from the London School of Economics, he spearheaded the development of the merchant banking and principal investment business of Scepter Partners which is a capital syndicate of family and sovereign investors. Scepter's senior management team spun out from the Blackstone Group under the leadership of Anthony Steains in 2015. Headquartered in Bermuda with offices in New York and Hong Kong, Scepter is supported by over $14 billion in discretionary assets and was founded to acquire large cap assets with a focus in natural resources, infrastructure, real estate and media and telecommunications. Mr. Withanage is of Sri Lankan and Portuguese decent. He was born in the Fiji Islands and grew up predominantly in Bermuda, New Zealand and Brunei.

Distribute your news release with us

Our streamlined online process makes it simple and fast to submit your news to the Thai media. Once registered, just enter or copy your text into our submission form and you'll see an instant preview with our fee based on the word count, translation, and any attached image. To confirm submission, hit Enter to be taken to our payment processor. Once payment is approved, your release passes automatically to our news desk for translation and dissemination by our skilled and experienced team. You'll be kept informed at each step of the process.

Find out more
Do NOT follow this link or you will be banned from the site!